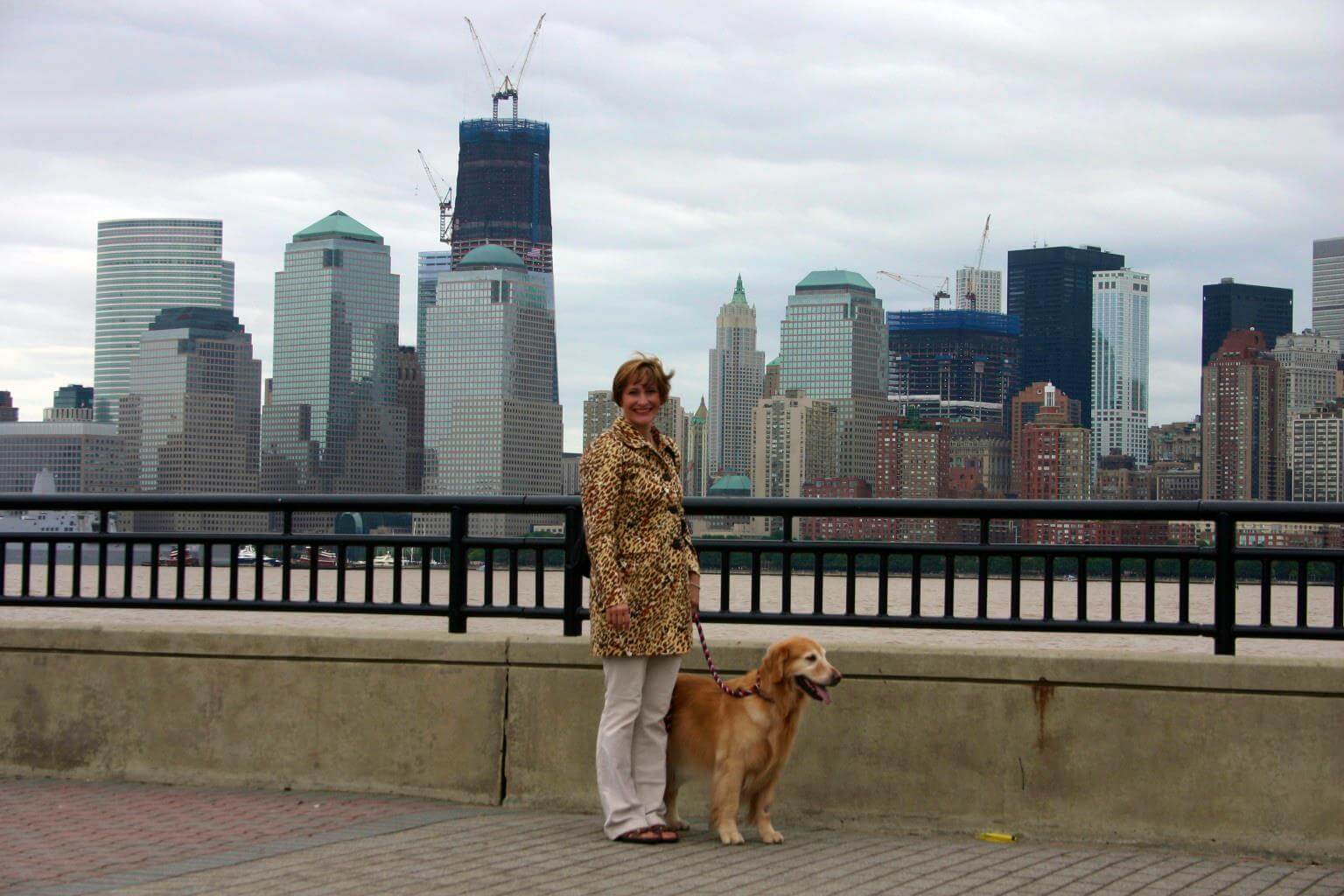 My certified therapy dog Ally was only 3 when the skies erupted in chaos. We all felt the impact of the moment from coast to coast. We as a country felt vulnerable, unable to even calculate or imagine the magnitude or loss of life.

Footage of planes crashing into buildings, people covered in blood and dust as they ran from the scenes of the attacks and the faces of our fellow countrymen, blank eyed and in shock were etched into our minds as they wandered looking for help.

As a people, some raised their flags higher showing their support and some lowered them to half-mast to honor those lost. Most though, just shook their heads knowing that the foundation of our country 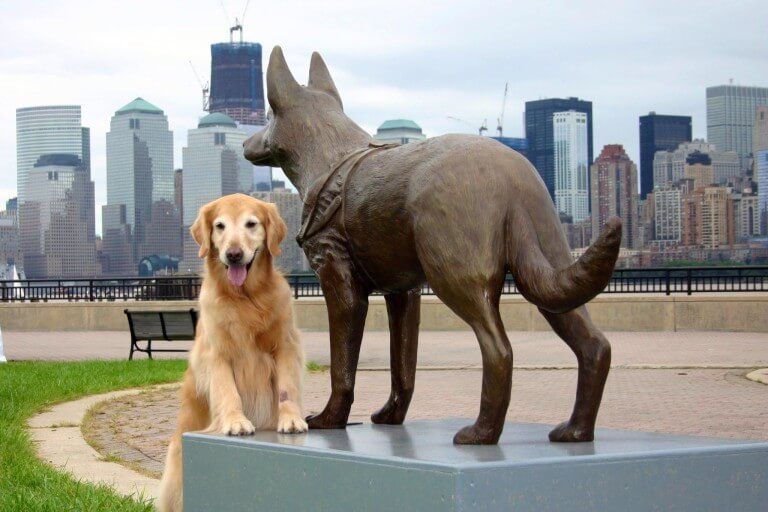 had just been shaken to its core. It was not the buildings we cried for, but the souls who were lost and even worse…the grieving souls left behind.

Within days of the tragedy we got the call asking for certified therapy dogs for the Pentagon Family Assistance Center. Ally was a trained therapy dog ready to perform her patriotic duty.

Even on our journey from Richmond to Crystal City where the PFAC (Pentagon Family Assistance Center) had been set up, Ally started doing her job. Those who traveled regularly to D.C. and back for work were traumatized by the events and found comfort in Ally’s dark brown eyes and kind expression. In a way those train rides into the city were the warm up for what was about to come.

The faces of loved ones left behind, parents, grandparents, husbands and wives. And then there were the children… their eyes looked disturbingly similar to the eyes I saw on the television every time I tuned into the news. Eyes that were blank, conveying the loss and sadness of a young life forever changed.

Dogs have something they freely give that no person ever can. They bestow upon us the gifts of unconditional love and complete understanding. They keep our secrets and their coats can soak up more tears than any gadget you find on QVC.

That is exactly what Ally the therapy dog did for the several weeks I chauffeured her to and from the Pentagon Family Assistance Center in those bleak weeks following 9/11. Although eventually those grieving had to find a way to go on and adjust to a ‘new normal’, Ally steadfastly held the secrets and grief of the many people she comforted in the line of duty.

Like so many of us, 9/11 changed Ally too. During her long days of therapy dog service at the PFAC, I know every time someone hugged her or leaned into her and shed their tears on her fur while she gave them comfort…she took away some of their pain. I also know she safely carried that pain deep within her heart.

Post 9/11 her eyes would sometimes be heavy with a knowing look. Her soul was now filled with more than thoughts of tennis balls and milk bones. She knew the pain of losing a child, a spouse and a parent. It was as if she had traded some of her happiness to carry the burden of someone else’s sadness. She served her country during its darkest days and has rightfully been recognized as a true American Patriot.

Ally was honored for her service 10 years after 9/11 at a ceremony in New Jersey. People from all over the world came to meet the few remaining dogs who had in one way or another been instrumental following the attacks. They were honored as the heroes and healers they were, gifted with treats, hugs and words of accolade. Ally was there to accept her proper acknowledgment and I was honored to be at the end of her leash. That was the last 9/11 event I chaperoned her to before her passing at the ripe old age of 14.

This is the story of Helping Hands Affordable Veterinary Surgery and Dental Care co-founder Jacqueline Morasco and her beloved golden retriever Ally. Ally’s daughter, grand-daughter and great grand-daughter continue her legacy of service.

All who are touched by Jackie and her girls are truly blessed. 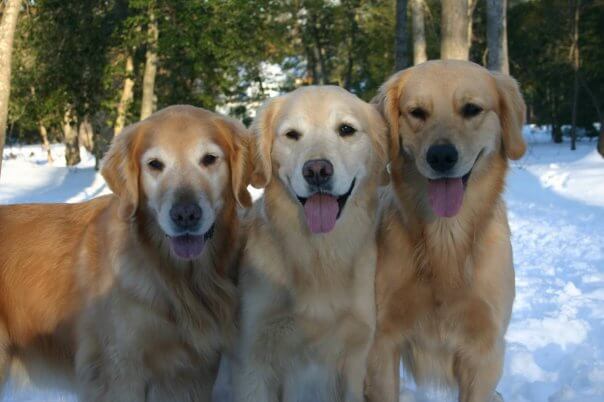 Other
Back to top